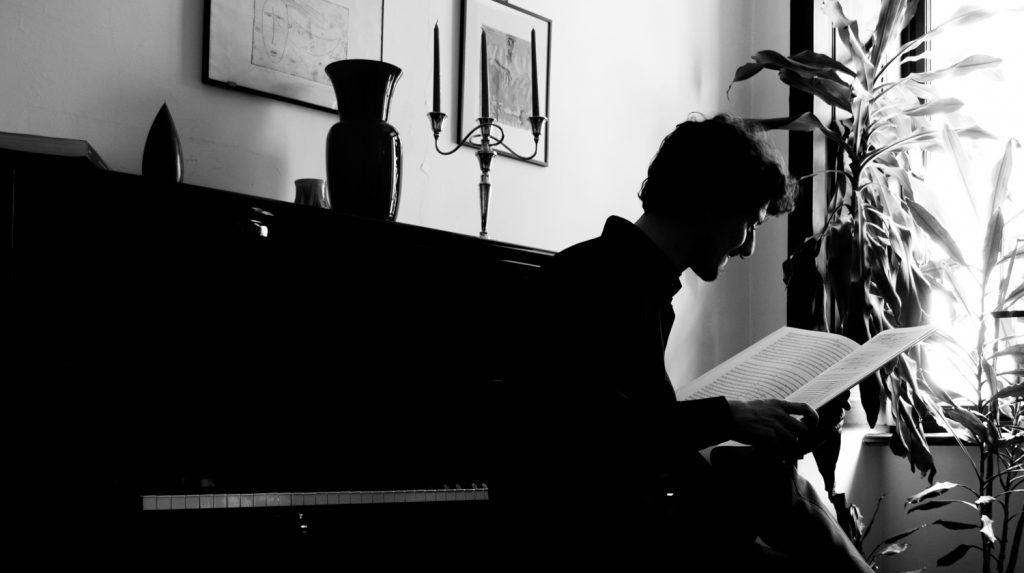 Born in 1985, Gianluca Castelli graduated with highest grades in Music Composition from Conservatorio G. Verdi in Torino. From the same institute he obtained the Diploma in Choral Music and Choir Conduction. He pursued his studies with M° A.Colla and is currently enrolled in the Exzellenzstudiengang in Composition at R.Schumann Hochschule in Düsseldorf with M° Sanchèz-Verdù.

He received several prizes and awards: in 2018 Second Prize at the III VocalEspoo Composition Competition in Espoo (Fin) with the piece “Calix Iste” for SATB Choir; in 2017 Second Prize at the III Krzysztof Penderecki Composers’ Competition in Radom (Pol) with the piece “Much Madness – Four haunting delusions” for string orchestra; “Quattro piccoli quadri” for Piano was finalist at the Edvard Grieg Composer Competition in Oslo; in 2016 in Montreal, First Prize at Sixiéme Concours International de composition du Quatuor Molinari with “Mythoi” for string quartet; “Mythoi” was also finalist at the Tesla Quartet Call for Scores 2016 (Pennsylvenia, USA); “avec elLe” for 14 instruments was finalist at the Red Note New Music Festival Competition (Illinois USA); in 2015 Second Prize ex-aequo (first not assigned) and the Prize of the Audience at the 16th Spring Festival in Weimar with “Fantasia” for orchestra; he also received the Third Prize at Premio Veretti of the Scuola di Musica di Fiesole with “As the song of the lark” for flute, clarinet and orchestra; in 2010 Second Prize at the Choir Music Composition Contest “Dolci parole e care”, Torino.

In 2005 he graduated from the Cpm of Milano.